Is Brazil Considering A Bitcoin Law? Here’s What The Bill Actually Says 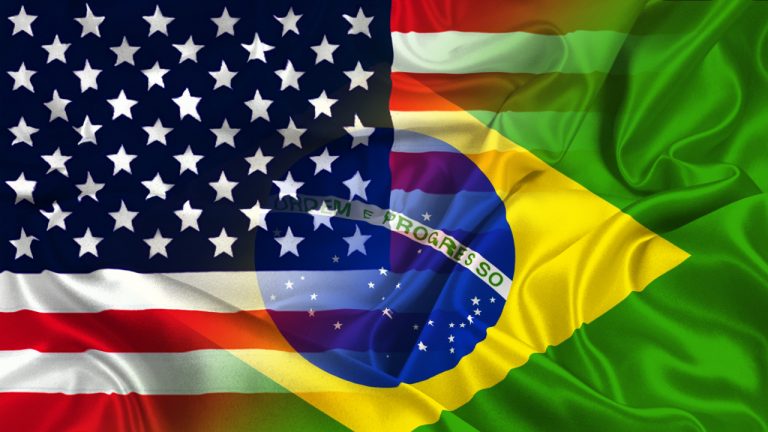 If Bitcoin becomes legal tender in a massive country like Brazil, it would be monumental. However, is that plan really on the table? Here are the facts: 1.- A bill to regulate cryptocurrencies was discussed and approved in Brazil’s House of Representatives, but it still has a long way to go before it becomes law. 2.- The bill’s author, deputy Aureo Ribeiro, said in a recent interview that he wants cryptocurrencies to be legal tender in the country.

Will Bitcoin Be Legal Tender In Brazil Soon?

That was the headline the whole crypto-media ran with. Their minds connected fact one with fact two and their articles almost wrote themselves. It was only logical. Sadly for their credibility, they were wrong. The second fact is only Aureo Ribeiro’s thoughts and wishes, but those ideas are not present on the bill. The bill aims to regulate cryptocurrencies and wants exchanges and other service providers to register.

In a Twitter thread, Brazilian journalist Saori Honorato clears things up leaving nothing to the imagination. “the bill DOES NOT make any mention of bitcoin becoming a legal tender in Brazil. This bill has been in development since 2015 and giving bitcoin the status of ‘legal tender’ is something that has never even been considered in Brazil.” In fact, a search on the bill itself reveals that it doesn’t mention “Bitcoin” once. Enough said. https://platform.twitter.com/embed/Tweet.html?creatorScreenName=edprospero23&dnt=true&embedId=twitter-widget-0&features=eyJ0ZndfZXhwZXJpbWVudHNfY29va2llX2V4cGlyYXRpb24iOnsiYnVja2V0IjoxMjA5NjAwLCJ2ZXJzaW9uIjpudWxsfSwidGZ3X2hvcml6b25fdHdlZXRfZW1iZWRfOTU1NSI6eyJidWNrZXQiOiJodGUiLCJ2ZXJzaW9uIjpudWxsfSwidGZ3X3NwYWNlX2NhcmQiOnsiYnVja2V0Ijoib2ZmIiwidmVyc2lvbiI6bnVsbH19&frame=false&hideCard=false&hideThread=false&id=1445064450873204760&lang=en&origin=https%3A%2F%2Fwww.newsbtc.com%2Fnews%2Fbitcoin%2Fbrazil-considering-a-bitcoin-law%2F&sessionId=1f90066e02b0a6587a7c55603c2e2d89304af674&siteScreenName=newsbtc&theme=light&widgetsVersion=fcb1942%3A1632982954711&width=500pxGet 110 USDT Futures Bonus for FREE!

To sum it all up, it’s a cryptocurrencies-focused bill whose content has been heavily discussed. Is there something new in there? Honorato again, “An extra of the bill is that it determines the increase in the penalty for crimes committed using crypto, such as money laundering. If the law is approved, anyone caught laundering money with crypto could get up to 16 years in prison in Brazil.”

What Did Aureo Ribeiro Say To The Press?

The interview in question was with Radio Camara, which covers the Chamber of Deputies. It happened after the bill was approved, that might’ve been what originated the confusion. The title says it all: “Regulation of cryptocurrencies will attract new investments to Brazil.” It’s about cryptocurrencies in general. It’s not about Bitcoin in particular. Could this be a case of journalists mistaking one term for the other? Does Aureo Ribeiro know the differences between Altcoins and Bitcoin?

The quote that everyone ran with comes from Livecoins, whose article says that it refers to a Bitcoin Law:

“We want to separate the wheat from the chaff, create regulations so that you can trade, know where you are buying, know who you are dealing with. And have this asset to buy a house, a car, go to McDonald’s to buy a hamburger, it will be a currency in the country as it happens in other countries.”

Is Ribeiro talking about Bitcoin or cryptocurrencies in general? It’s hard to tell. One thing’s for sure, though, he’s not affirming nor guaranteeing until the last sentence. And even that one can be interpreted as wishful thinking.

On the Radio Camara site, they only mention Bitcoin once and it’s to clarify what cryptocurrencies are. “Cryptocurrencies, of which Bitcoin is the best known,” they say. Describing the interview, they tell us that it’s actually about regulation and control.

“The congressman emphasizes that the text prevents the formation of financial pyramids by groups that commit fraud with the purchase and sale of virtual assets, by determining that every operator is registered with economic sector bodies, with inspection by the Activities Control Council Financial (Coaf).”

Of the consulted sources, only Livecoins mentioned a Bitcoin Law. Did they confuse all the crypto journalists? Or did they confuse themselves? Who’s the one that doesn’t know the difference between Bitcoin and all the other cryptocurrencies? Is it Aureo Ribeiro or is it the press? The language barrier prevents us from going deep and figuring all of these details out, but Saori Honorato answers the most important question, “the bill DOES NOT make any mention of bitcoin becoming a legal tender in Brazil.”https://platform.twitter.com/embed/Tweet.html?creatorScreenName=edprospero23&dnt=true&embedId=twitter-widget-1&features=eyJ0ZndfZXhwZXJpbWVudHNfY29va2llX2V4cGlyYXRpb24iOnsiYnVja2V0IjoxMjA5NjAwLCJ2ZXJzaW9uIjpudWxsfSwidGZ3X2hvcml6b25fdHdlZXRfZW1iZWRfOTU1NSI6eyJidWNrZXQiOiJodGUiLCJ2ZXJzaW9uIjpudWxsfSwidGZ3X3NwYWNlX2NhcmQiOnsiYnVja2V0Ijoib2ZmIiwidmVyc2lvbiI6bnVsbH19&frame=false&hideCard=false&hideThread=false&id=1445065440519151619&lang=en&origin=https%3A%2F%2Fwww.newsbtc.com%2Fnews%2Fbitcoin%2Fbrazil-considering-a-bitcoin-law%2F&sessionId=1f90066e02b0a6587a7c55603c2e2d89304af674&siteScreenName=newsbtc&theme=light&widgetsVersion=fcb1942%3A1632982954711&width=500px

Since she was the most reliable source of information, let’s finish this by quoting her about the future of the bill. “Last week, the bill was approved by a special committee of the Chamber of Deputies and now goes to the Chamber’s Plenary. If approved by deputies, it advances to the Senate to be discussed once more and, if approved, goes for the president.“